The ‘creative’ joy of making something – by Lynn Postle 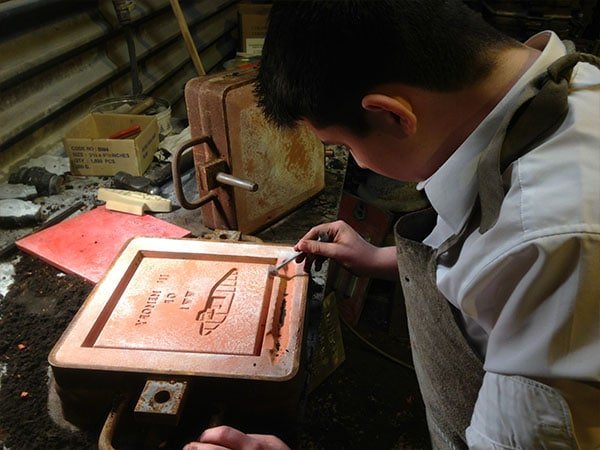 Foundryman Mark Sutton Prof MICME believes in starting them early, which is why he encouraged his son William to get on to the shopfloor and check out what his dad does for a living.

When the twelve year old asked for help with a project for his school to commemorate the First World War, little did he know what lay in store.

Sutton takes up the story: “William was keen to make something and he came to the right person.

We cast an aluminium plaque depicting Fosters of Lincoln, the company that built the first tanks for the British Army during the First World War.

“He absolutely loved doing it as he had never really made anything and let’s face it we do it all the time. We made it in greensand and hand rammed the mould. It was so good to see him with the mould and when he knocked it out his face was amazing – he was so happy”

Mark runs Sutton Castings in Nottinghamshire that specialises in one-off and small batch high quality castings for model engineers, restoration, light industry, rally plaques and house nameplates. The foundry recently received acclaim from the Cast Metal Federation for a large circular lattice table produced in bronze as a replica of an antique cast iron table. The table was for a customer in the US. 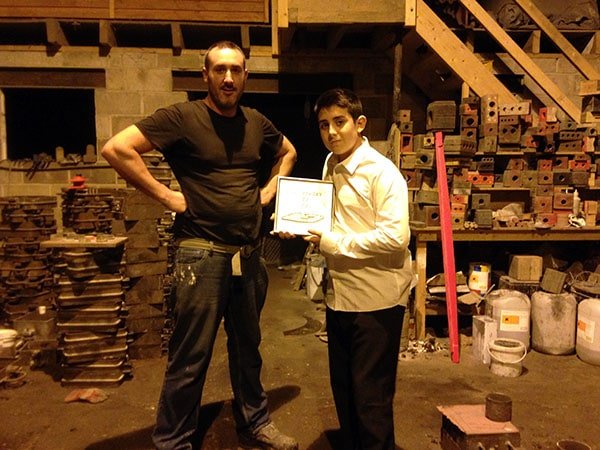 The ‘creative’ joy of making something