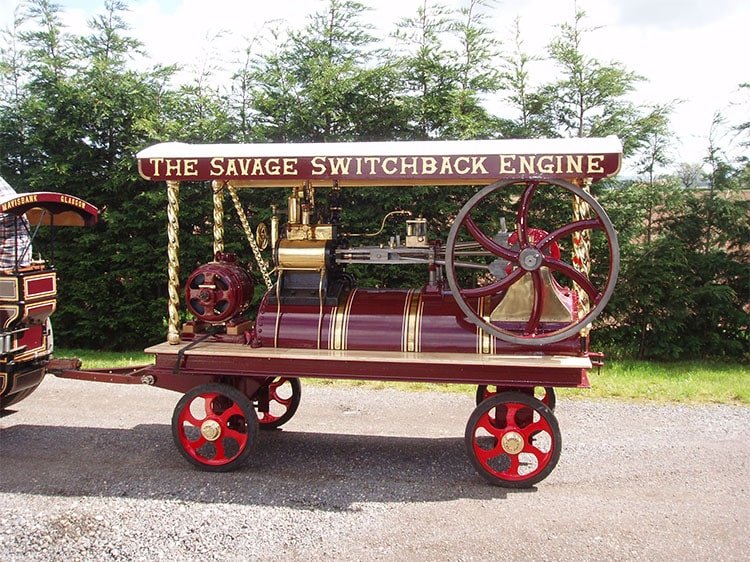 Frequently visitors to my foundry enquire as to whether I have anything interesting on at the moment and just recently I was able to answer a definite yes.

The order in question was for a set of castings that were required to restore a circa 1880’s Savage fairground steam engine, thought to be only one of three of its type remaining in the world.

The engine was originally used to power a merry go round known as a Gondola Switchback shown above. This would have been finished in the most dazzling of colours and artwork. Here the set of eight switchback gilded cars ran over an undulating railway and all the rods would have been covered with square twisted brass covering. Electric lighting was provided and powered from a DC Dynamo, itself driven by the steam engine via flat belting.

Savages began manufacture of the Steam Switchback around 1885, with simple machines from this agricultural company soon becoming more sophisticated due to the ever present competition between showmen looking to outdo each other.

Savage’s were of course a famous engineering company producing agricultural and fairground steam machinery in both the 19th and 20th centuries. They were based at Kings Lynn in Norfolk and the town museum contains much appertaining to the company as well as storing a large number of the companies original wooden patterns which were borrowed to produce the castings required for this restoration project.

It was a great pleasure to work with these antique hand made patterns and core boxes seen here in fig (Savages Patterns & Savages Core Boxes), they were all in a very good condition, had good draught and moulded well without any problems.

It made me wonder who had made them, who had used them in the foundry and in what kind of conditions!

Fig (Frederick Savage Foundry) shows the foundry where over a century ago cylinders for Frederick Savage’s first agricultural engines and parts for implements were cast. It was laid out for both ferrous and non-ferrous castings and all workmen were experienced in a difficult one -off casting as they were with a run of simple items. Large numbers of both sorts left the works each month.

I myself made the castings the traditional way. The patterns were moulded by hand in greensand, the cores made in oil sand and baked in a stove and the metal melted in a lift out crucible furnace. Seen here in fig (Savages Castings) are just some of the many castings produced for this project. 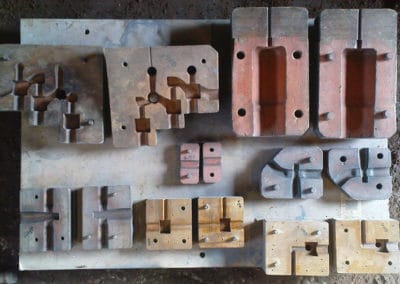 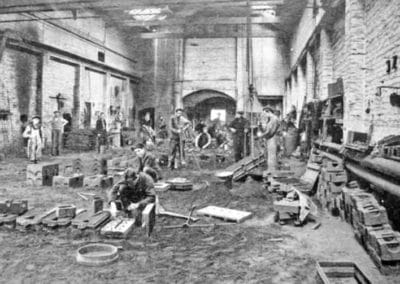 Although now not driving a Gondola, the engine is kept by a private collector and is shown at various steam rallies and events around the country.